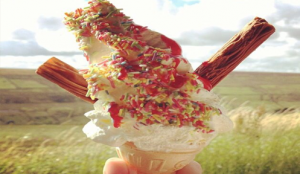 Teddy’s Ice cream was established in Dun laoghaire since 1950 by Edward Jacob. It has been serving happy customers ever since and has built up a reputation of guaranteed quality on every visit. Teddy’s has become a household name on the south-side of Dublin over the past 65 years and through three generations people have been bringing their children to Teddy’s for a treat whether it be one of our famous ice-creams or a quarter of their favourite sweets from an old fashioned jar measured out in front of them. The original grill was sold off in the late 1980’s, but is now open as a café with amazing views overlooking Scotsman's bay.

Teddy's is much more than an institution, Dun Laoghaire's best known and loved Ice cream store is also a source of childhood memories for many.

Teddy himself, real name Edward Jacob and the man who started things in 1950, divided his time between Morocco and the south of France. Sadly Edward “Teddy” Jacob died in 2013. Gone he may be but not forgotten, Edward made Teddy's the great institution it is today and the team behind Teddy's are aware of the legacy and want to project his vision.

Teddy's has a way of inspiring loyalty, devotion even, from customers and workers alike. Rita Shannon, one of the oldest serving member of staff over the years says; "I came to work for a two week holiday stint and stayed for over 40 years." Bridie, who died in 1990 has also gone done in Teddy's history. Her devotion was such that on occasions she even slept in the shop to be ready for work in the morning on time. 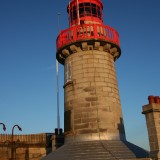 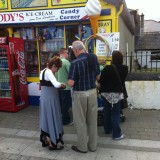 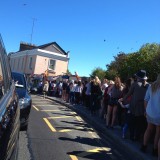 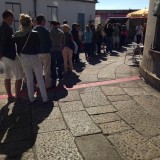 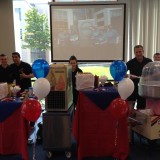 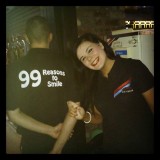 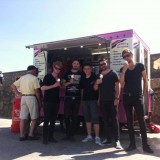 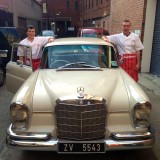 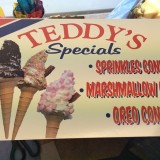 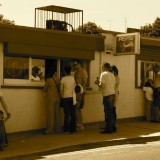 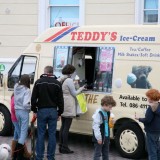 PLEASE NOTE: ALL TIMES ARE SUBJECT TO CHANGE DUE TO WEATHER.